A few weeks ago, so no one thought yet with such effects of Corona virus on our daily life, we had the opportunity to talk with MARCO HIETALA, widely known as the bass player in NIGHTWISH, and let him talk about his solo album and generally about making music. Unfortunately, most of the plans he talked about have since fallen victim to Covid-19, but no one knew that at the time..

Hello! Nice to have the possibilty, to talk with you!
I´ve seen you several times on stage!
You became famous with NIGHTWISH! How was the time with this band for you?

I mean, I´ve been there a quite of while, it´s something old that I like. I think, it´s the people. And of course we had troubles in the past, but I think, that now we have a kindable lineup instead of troubles, so it´s a good thing to work with them.

Beside NIGHTWISH you had always other projects like RASKASTA JOULUA and TAROT! Where did you find the time for this bands?

It depended on the bookings. When I had time to go to people that I like, because I like to do music and lyrical stuff, and now my solo-album was coming out too.

In January you released this solo-album named „Pyre Of The Black Heart“!
Where did you find the musicians for this album?

They are already active at RASKASTA JOULUA, and Tuomas Wäinölä is also the guitar player in this group for a long while, but not from the beginning, and also the same with Vili Ollila, he has been here long years as well. So we have known us a long time, and then, when the guys joined at RASKASTA JOULUA, I knew, that the guys are openminded and all the time musicians, and the uncompolding mention was enough, to help me to finish the album, to help me, to build the ideas and music I had in my head, to complete songs.

What is the story behind the album?

The „Pyre Of The Black Heart“, I don´t mind it´s a story, that much as life. The lady in line was insured by a divorce, and she felt so hard humbled. It´s some darkness, that´s it.

Some of the tracks are a little bit folk-influenced! Shall this express the connection to your home-country?

Yeah, I got familiar with this folkish stuff in a young age, and also from the Irish and Celtic side as well. My dad had an album collection with Irish folk songs and English folk stuff, and later on I bought that stuff again, and I thought, this would beautilize our stuff too, and in some parts of my album it would cooperate really good. And I wanted to pick up some of the Finnish flavour in the melody-line.

There is a song at the album named “The Voice Of My Father”! Is this about your personal feelings?

Yeah, it´s pretty much! We are living in a similar world! My dad sang me and my brother to sleep, when we were tiny, and I did the same to my sons sometimes.

You use different styles – “Star, Sand And Shadow” is with lots of synthesizer-sounds! Do you like this instrument?

Yes, especially the oldschool ones. They have always very personal sounds, that want to be heard.

There are also several thoughtful ballads – do you like to tell stories in this way?

This slower parts, I´m not sure, that I would define straightened as ballads, that are only slow, maybe doomish parts. Maybe you are right, I don´t know what it is. On the other side, we have lots of this music on the album. There were a punch of ideas, written down over the years, songs in Finnish, songs in English, and that is, what came out. I walked more to the progressive side on this album. Even it has very definite course in the album.

I think, if the music is not so loud, the people listen more to the lyrics.

Okay, you might be right. But if you think, we were intended, then I have to say, we were practising most of it, we wrote so much stuff.

Is there anything else, you want to tell me about the album, or about the composing?

There were some ideas over the years, but most of them were in the last two to three years.

Will there be a tour with these songs and this band?

Oh yes, there will be! We are touring with the band! We are doing a middle-european-thing in February, with some German-shows, in Amsterdam and different other places. Last year I worked much too much with and touring and rehearsals with NIGHTWISH and for my album, with photoshoots and great videos. When I came back, I did some RASKASTA JOULUA-Shows, and now I have time for other things.

How is it to play for such a huge audience? Normal, or something special?

In between! It changed over the times. The size of the venue doesn´t really matter that much anymore! It can be small, it can be really big, it can be anything. I think, I just concentrate on a kind of a collective vibe. How get the band into the crowd, and kick that ball into their goal. We do all with passion, and it doesn’t depend on the size. But it´s still a great thing, to be reachable, and it´s great to live this life and keep on going, and I´m really thankful, it makes my life possible.

You are a bass-player! Lots of bands have a problem, to find a bass-player! Why did you decide to play this instrument, and what makes it so special for you?

I come from Tervo near Kuopio, a very small city with maybe 2000 inhabitants, and when I was in school, lots was rare, but bass-players was extremely rare, and I and another guy was interested in music, so we first learned guitar, later bass. My brother was also a guitar-player, but he also switched to bass.

I do a little bit solo-tour, and then the NIGHTWISH-album will come out. We are also doing some South-America-shows, and I will support them with my guys, and then several festivals, and the big Europe-tour till the end of the year.

And please finally some last words to your fans?

The solo-album is now there to be heard, and I hope, the people are openminded, and would listen to, so give it a chance! Thank you! 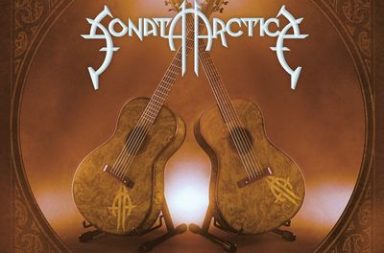 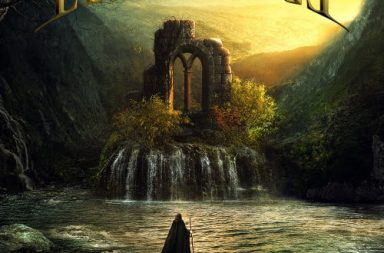 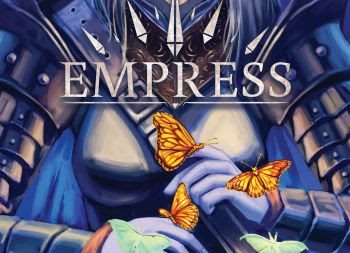